Written in the international terminal of Bangalore Airport.

A departing letter to a world.

As I write this I am waiting in the international terminal of Bangalore airport. I sit in an overly-fancy cocktail bar, much less patronised than the canteen a hundred metres down the corridor despite offering the same prices. Of course, because this is Bangalore, instead of arriving in a martini glass it instead arrives in a faux-jam jar cup with a straw through the lid. But as I sip my alcoholic sugarwater, I realise how lucky I am to have had the experiences here that I have.

India is a difficult place to write about, for reasons so myriad it is barely worth explaining, as like rummaging through a messy bag, in pulling out one reason you also bring out so many others. I carry no pretension that my experiences of the country are anything other than that of an over-privileged descendant of the very people who exploited India for close to two hundred years, and whose present enjoyment merely fulfils the ideological demands of neoliberal capitalism to enjoy, share, commodify and fulfil myself in the spectre of the Orient.

Still, I love the country and I deeply value my small, relatively meaningless connection to it. It has been the site where much of my thought has had time to gestate and grow, where I have had many of my worldviews challenged and replaced, where new friends have been made and old friendships grown stronger. This hasn’t taken the place in one united ‘India’ of which Orientalists and the BJP alike speak, but in the diverse, fragmented experiences which add up to a much greater sum than their whole.  No amount of box-ticking tourism can get past how deeply individual every location, person and interaction is, even as detached as my tourist experience is – go somewhere, sleep there, eat this food, see this site, have marginal interactions with locals, etc.

I don’t believe that this way of experiencing things has any epiphanies lying at the end of it. Epiphanies require work, and being a tourist isn’t really work. Actually, perhaps I am wrong on this, as there are certainly a lot of people who are lazy tourists and as a result can act awfully to those around them. I say this because India isn’t really the site of anything that Western eyes are particularly good at locating. Our spiritual quandaries tend to result in India Syndrome rather than spiritual enlightenment, and our perceived medical maladies tend to do more to line the coffers of ayurvedic retreats and the like rather than actually spread the benefits of Indian medicine around the world. For every semi-genuine white yogi you encounter in Rishikesh, you mainly just encounter dudes with dreadlocks and girls wearing those godawful elephant pyjama pants.

But there is such palpable beauty in India that it makes these caveats feel almost disingenuous. This time around, I was lucky to travel across Tamil Nadu and Kerala, and the sheer beauty of the country side, the greenery, the lakes, the ghats, the coconut trees, the forestry, the ocean, Chennai’s beaches, the South Indian temples and not one but two dams, it was all so overwhelming that much of it barely felt real. I also stayed in Delhi, where I revisited both the Red Fort and Qutub Minar, both to my absolute pleasure still as beautiful as I remembered, and was able to revisit several favourite bookshops of mine – LeftWord in Delhi and Blossoms in Bangalore, both such institutions that they have come to dominate my reading list. I flew Air India and experienced truly substandard food, drunk delicious craft beer in Bangalore (where else), ate pasta far better than much of Australia’s, and watched two truly depressing Bollywood films (Anjali’s taste has fortunately got better since the nineties).

I have been lucky to have real friends in India. My friend Ankit in Delhi was an unexpected but greatly welcome friend to have made, somebody who is as literate and intelligent as I could ever wish to be, and has shown me so much of both the city and the world, even witness to my awful dancing at his parents’ anniversary party. My friend Ashwin in Bangalore is as comradely as a friend one could wish for, as penetrative and creatively malcontent as humans can ever really aspire to be. And my partner Anjali, with whom I have shared all these moments in India, is as true a friend, a guide, a gatekeeper but also a deeply supportive enabler of my dreams and ambitions, that she connects my inner self with the world around me, encouraging me at every point to leave my white upper-middle class shell and actually engage with the people around me. I am just deeply fortunate to be able to engage in these experiences with her, to grow and to know something about not only her life (after all, as a foreign-born Indian many of these experiences are somewhat new or at least vaguely foreign to her), but a world which is far deeper than anything I had previously imagined.

Added to this are so many one-time and often nameless relationships. Anjali’s old cleaners, to whom I attempted to describe Australia (and clarified that you couldn’t get there by train from India) and with whose baby I continually made cry until one day I calmed him with my (poor) mridangam playing. Momowalla, whose veg momos were so good that they became a pre-dinner ritual. The unendingly helpful man who sold us water, who was one of the few points of clarity in the world of genuine bemusement around Greater Kailash, a suburb so posh that it makes Mosman seem like an uppity nouveau riche heiress. The landlady whose passive aggression was unendingly torturous, and yet who would inspire solidarity among the rest of us who dealt with her. Uncle and auntie, now in Canada with their son, who would talk about the army, Delhi, seeing the world through the television, and ply both Anjali and myself with unconscionably decent whiskey and rum (and I was never able to repay them!). Ankit’s parents, who for no apparent reason put me up in a hotel room just to attend their party, or his auntie and uncle who did the same in Bangalore, and other uncles who were shocked at my vegetarianism as they plied me with chicken. The crusty old man who runs the Keventers in Connaught Place, who regardless of how many people are yelling orders at him, will get you an ice cold milkshake in thirty seconds. My one-time colleagues in the Alternative Law Forum, who put up an essentially useless white guy for thirty days just because they could, and allowed me to learn much about Indian society both through study and conversation. To them and everyone else I owe a profound debt, and just feel gratified to have been in their presence.

I don’t think that debt should go unpaid. As much as it is genuinely awful to hear middle class white women shake their heads about the ‘dreadful poverty’ in India, when if they had been in the last twenty years they’d be shocked at how fancy most houses in Delhi and cafes in Bangalore are, it’s still true that India is a poor country for hundreds of millions of its people. While this may still have been true before European colonisation of the country, British rule created as despotic and foul of a regime as is possible to recount, with recurrent violence and famine culminating in the truly awful Bengal famine of the 1940s and the unprecedented violence of partition. British rule was never justified and was always opposed by its people, even if as it was enabled and complimented by a small section of India’s ruling class. Marx’s original insight in the 1850s was correct: British rule revolutionised India’s relations of production – it essentially created modern capitalism in India – while at same time it absolutely plundered all of its forces of production – its wealth. The few contributions which the British did make to India – the railways, Lutyens’ Delhi, etc – were to either aid their wealth extraction or to glorify their own rule. Capitalism isn’t great for most people in rich countries, and dear god does it plunder and exploit those in poor countries. As much as any developmentalist programme can lift India out of this quagmire that at least a third of its people experience, the complications that emerge from this have and continue to have devastating consequences. India is still routinely exploited by its own bourgeoisie, created or emboldened by British rule, and suffers much of its income being extracted to foreign countries and companies. On-going issues of communal violence frequently have their roots in British fearmongering and attempting to motivate one religious group against another, with often despicable results.

When we discuss these matters, people frequently object that even if the British were so evil as I described, they hardly had the power to institute all these problems on their own. To an extent, this is true. The white man has not been the devilish puppet master so much as a continually repressive force which bolsters India’s own authoritarians and violence. Indians are certainly capable of making their own problems, and no political conversation in India is ever free of blaming one section or another for being communalist, casteist, anti-national, etc., but when one understands Indian society as having entered the modern period under 200 years of autocratic, foreign-imposed rule, one begins to understand how it faces the problems it does. If people ever read Indian authors, they begin to understand these details, and they begin to get a snapshot of a society far more complicated than anything they had previously encountered. Indian theorists show amazing depth of knowledge, carefully interweaving European political theory with their own internal dynamics and innovations, producing a synthesis much greater than anything their Western counterparts are capable of.

I write all this because it’s important to be conscious of these facts when you visit a country which always has so much to offer, but historically people like you have just taken and taken. There’s more to the relationship than just adorning yourself with delightful clothes and accoutrement for the house. Knowing a country takes time and effort, something which most people have little time for in their travels.

The cocktail has emptied and by this point has turned into a tall glass of Kingfisher, which I am hurriedly finishing in anticipation of the boarding call. I fly to Singapore and will be reunited with my pregnant sister for her birthday. Even in the heart of Asian capitalism there is perhaps some light. As I leave India again, there is no trepidation and little sadness in my heart, because I know I’ll be back. 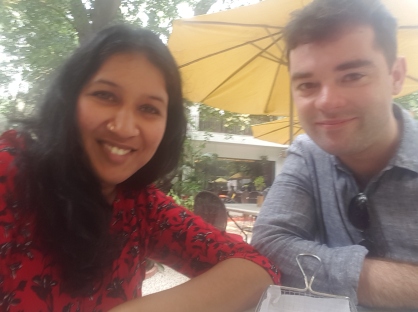 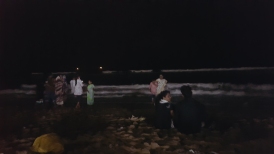 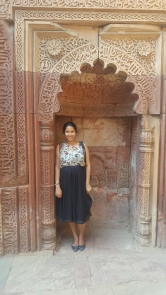 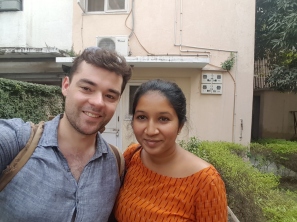 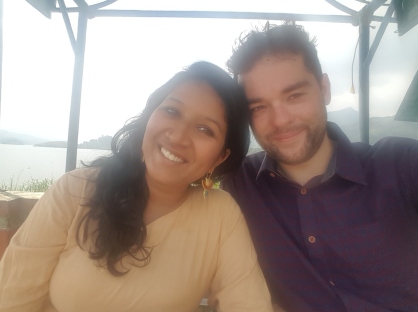 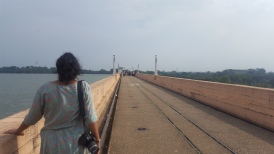 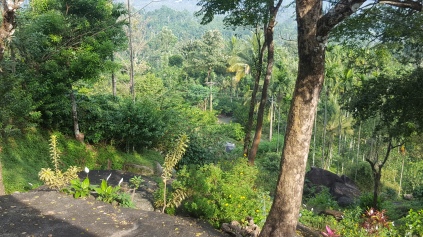